If you're a homeowner and have no experience with pruning plants, it's a process that is very simple and can have many benefits. Pruning is a way to maintain proper health and growth of a plant, and to keep the size and shape of a tree or shrub in order as well as visually appealing. Pruning is also important to avoid safety hazards such as falling limbs over walkways, or colliding into branches that stick out in the way of a path. You should also prune branches back that obstruct the view of a road or intersection for vehicles.

When to Prune Trees and Shrubs

Pruning should begin right from the start of a newly transplanted tree or shrub, to encourage a strong structure, and prevent limbs that branch out in awkward angles. Many trees and shrubs are already full grown or well on their way to full grown. These plants need to be maintained as well to prevent disease, and keep a healthy, attractive shape and size. To distinguish the correct time to start pruning, take note of when the tree or shrub blooms. For example, if the plant typically blooms in June, the best time to prune is right after the plant is done blooming. 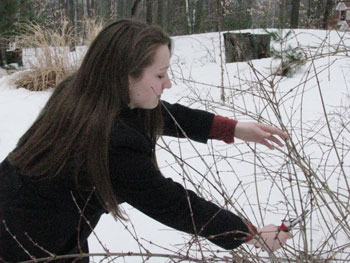 If you aren't concerned about saving the buds that are already set, then it is acceptable to prune flowering trees and shrubs in the spring. Pruning plants after they bloom is mostly to avoid cutting off branches that have potential to blossom. Many people force branches, and benefit from flowering branches indoors before they actually bloom in the spring. To find out more about forcing branches, read our story about How to Force Branches in Late Winter.

Trees and Shrubs to Prune Late Winter/Spring
If the plant does not flower, then you have more opportunities to prune them at different times. For example, plants that are mostly foliage can be pruned in the spring or late winter after the freezing temperatures subside. Non-flowering trees and shrub examples:

There's also a benefit to pruning in the winter or spring. For one, it's more comfortable than pruning in the heat of the summer. It's also much easier to see the main branches of the plant, making it easier to decide which ones are out of place.

Which Tools to Use for Pruning

When you are ready to start pruning, you'll need a sharp pair of pruning shears for branches that are up to a half inch or 3/4 inch thick. The most effecting type of pruning shear is the bypass style, which has two sharp blades that slide past each other. Bypass style pruning shears work similar to scissors, although regular scissors should not be used to prune branches. For branches that are thicker, lopping shears are effective up to two inches thick. They are also handy for branches located higher up and out of arms reach. Saws are good for thick branches. The more teeth, the better, and the plant will also heal faster with a finer cut. Keep in mind that you should wear safety glasses when pruning. You never know when a branch will whip back when being cut or sawed at, and you will be thankful for protective eye wear.

How to Start Pruning

Once you have the correct tools to prune, and you know when the plant should be pruned, there are different ways to go about the process. To shape an unruly tree or shrub, pruning is a practical way to give the plant a more attractive and orderly appearance. To do this, simply cut branches that stick out significantly, or any branches that curve or twist in an awkward way. When cutting the branch, it's important to make a cut at an angle along the branch, instead of a complete straight cut. Cutting this way is healthier for the plant, and will encourage new growth. If you decide to prune in the late winter season or early spring, it is healthier for the plant to prune in above freezing temperatures. Try to plan on pruning on a calm, somewhat sunny and warm day.

Before pruning, visualize the tree or shrub and try to pick out the sections that look unnatural or out of place. The goal is to make the plant as even as possible, and somewhat symmetrical. Cut off any dead or diseased limbs. When pruning shrubs, it can be beneficial to prune some of the branches that aren't exposed, which allows more air and ventilation to the base and interior of the plant. Most of the time, you can find dead foliage underneath the exposed foliage, because there isn't enough light close to the base of the plant. 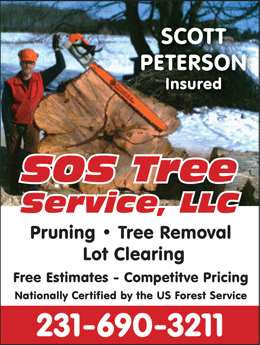